Why DO you want your child to develop grit? 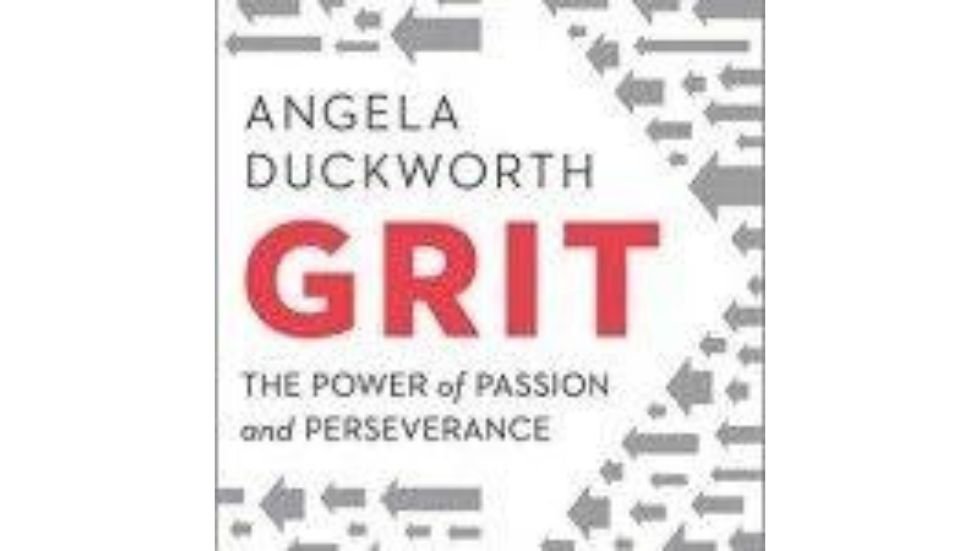 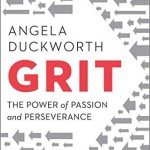 In recent weeks, a new book called “Grit,” by Dr. Angela Duckworth has made quite a splash, with coverage in news outlets from CBS News to NPR to the New York Times (even David Brooks loved it).

Maybe you’ve read these stories or perhaps bought a copy of the book yourself.  Or maybe, because it’s spring and you can barely manage the onslaught of graduations, science fair projects and final exams, you’ve been in a media blackout. Either way, I have good news: this post will explain what ‘grit’ means and why it matters to you as a parent. 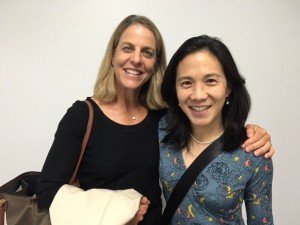 Full disclosure: Dr. Duckworth is a friend and former colleague of mine, so I’m not new to the topic of grit, nor am I fully objective about Angela. But here’s the thing about Angela: besides winning a MacArthur ‘genius’ grant and working as psychology professor at the University of Pennsylvania, she’s also the mom of two middle school girls.

And I know from a recent conversation with Angela that she’s just as humbled by the challenges of parenting as we are, despite a best-selling book and her professional success.

What does ‘grit’ mean?

Dr. Duckworth (hereafter to be described as Angela) defines ‘grit’ as a combination of passion, effort, and persistence applied toward a goal over a prolonged period of time.

Why does grit matter?

According to Angela’s extensive research, grit appears to be a strong predictor of life-long success and happiness — perhaps more so than innate talent or IQ.  “Our potential is one thing,” she writes. “What we do with it is quite another.”

As a parent, I appreciate this definition because it breaks down the ‘talent myth’ that seems to dominate our popular understanding of why people are able to accomplish their goals. Whether it’s looking at athletes, artists, or even entrepreneurs, stories of victories and accomplishments are usually told as if these winners were born with a particular gift that made their dominance  inevitable .

Angela’s explanation of grit provides another narrative for understanding these stories, too. One that examines the persistence that these champions applied towards their goals, their ability to not give up even in the face of failure, and the specific, difficult and prolonged practice they applied to the craft/sport/skill they were trying to improve.

Here in the Bay Area, Steph Curry is the most famous example of an athlete who wasn’t considered to have much potential as a youngster, but who’s risen to the top of the game through his determination, endless practice, and dedication.

So how can we find our passion (or help our kids find theirs)? 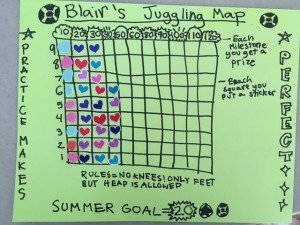 Never discount the power of the chart to motivate kids to reach a goal- especially charts they make themselves (note that goal has yet to be met but working on it!)

At least where I live (Palo Alto, California, U.S.A.), passion is the newest element that kids are supposed to add to their dazzling college resumes. It’s not enough to have great grades and do varsity sports, now teens are supposed to also have a “passion,” whether it’s global warming or raising foster dogs.

That’s why I loved the part of Angela’s book where she explains in detail what it means to have a passion and explores exactly how people stumble upon the “thing” that they end up pursuing with so much grit.

Angela has some experience with trying to find a passion because she spent time as a neurology grad student, management consultant, high school teacher, and tech COO before realizing that her true path lay in the study of psychology (she entered the PhD program at Penn when she was pregnant with her first daughter).

Why it’s hard to find a passion

Some people may realize like a bolt of lightening that they want to study sharks or cure childhood obesity, but most of us won’t have the luxury of this sort of epiphany.

We’re more likely to figure out what we love through multiple exposures and prolonged engagement with something that we might ‘sort of’ like or be ‘kind of’ interested in.

In fact, it may take longer than you’d imagine before you realize what it is that you must pursue.

The reason it takes so long is because of how our brains work.

When people are bored, they know right away. Researchers can ask people if they’re bored when doing a task and they will be very clear if the answer is yes.

It’s much harder to ascertain if a person is truly interested in a task.

When researchers ask people, “Are you interested in what you’re doing?” the answer is often, “Not really.” But these same people will manifest behavior that looks a lot like interest — continuing to do the task, not wanting to break away from it, etc.

For parents, this means that we have to keep exposing our kids — over and over again — to activities, ideas, and pursuits that they may not express a ton of interest in.

Sounds hard, right? Likely it’s a process we’re all familiar with at the dinner table. You’re tempted to never make broccoli again after your kids reject it a few times. But you know their tastes keep changing and experts recommend that you bring back foods that were previously rejected or your kids will eat nothing but white rice for the rest of their lives.

So when it comes to interests and passions, it’s most beneficial to our kids if we give them multiple exposures to a variety of different pursuits … that we not have a fixed mindset about what may interest them as they grow and change.

So if kids try lots of things and quit, what then? 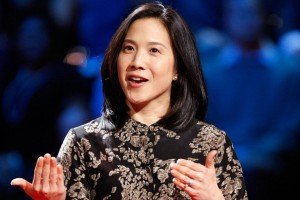 Angela has a rule in her house — never quit on a rainy day. In other words, never quit because of having to play in bad weather or striking out, or experiencing some other adverse situation.

Instead, encourage your kids to get through the season and to not quit until there’s a natural stopping place (could be the last session you paid for, etc.)

What if kids have a passion for something that you find less than inspiring?

From Minecraft to marijuana legalization, kids can get fixated on pursuing interests that feel less than ideal. So what to do?

That’s a tough one and Angela has not addressed it directly. But she does have another rule in her house I thought was a good: everyone has to do one ‘hard thing.’

On CBS news she said, choosing the ‘hard thing’ is not an open-ended question — it’s multiple choice.

While her teen girls might be passionate about Instagram, Angela is clear that they can’t choose that as their ‘hard thing.’ Instead, it has to be a sport or musical instrument.

Sports or musical instruments may not be right for your family, but the idea is to encourage your kids to pick something they have enough interest in to pursue and get them to stick with it long enough to make progress.

Can grit be taught or is it just a trait you’re born with?

There’s a lot of debate about this question. Angela gives some ideas for how to ‘grow grit’ but they are more anecdotal, perhaps because the research here is a bit less clear.

I have two girls and one is definitely more naturally gritty in the way Angela defines it. She sets goals and tends to stick to them, and loves to practice and get better — she’s inspired to improve (flute and soccer are her main areas of focus).

My other daughter has lots of big ideas, but often abandons her plans before they’re fully realized, and isn’t particularly driven to practice. So my tiny data set would lead me to the conclusion that there is some innate element to grit.

While you can’t teach your kids to have innate drive, by setting clear expectations around commitment and practice, you increase the likelihood that they’ll experience the relationship between effort, time and progress. 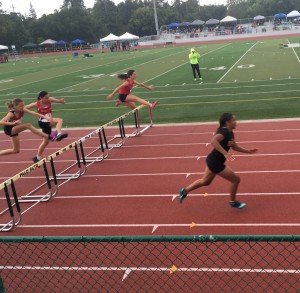 My daughter worked for a year to over come her fear of running hurtles.

My less gritty daughter’s found a track program that she loves. She’s kept running for several years. She’s motivated to train with her team; and while she doesn’t do much practice on her own, she’s made noticeable improvement. The findings in Grit support the idea that sustained practice is best done with a coach — and that it’s tough to independently figure out where and how to improve.

I have no idea if my girls will pursue these interests for their whole lives, but I’m trying to encourage them to keep going long enough to feel competent, as I do believe competence builds confidence. And you can’t get to competence without putting in the time.

One big thing that ‘gritty’ people have: purpose

And finally, one of the most compelling parts of Angela’s exploration of grit is the connection she makes to purpose.

From her many conversations with gritty people, she discovered that beyond perseverance, persistence, and prolonged practice, they all shared a belief that what they do is important, valuable or makes a difference in the world in some way.

This was true for musicians, athletes, business people, and even one sanitation worker she interviewed. And she has some great tips for trying to find purpose. (Read the book!)

So now you’re wondering…how gritty are you?

You can take the ‘grit scale’ and find out how you rank on Angela’s assessment.

I’m in the mid range in terms of grit — I bounce around from interest to interest and have never had a laser focus on one thing. It’s a good personality for a writer! But reading Angela’s book gave me new inspiration to look hard at the things I dabble in and try and commit more deeply so I can continue to grow and learn. Even an old dog can get gritty…or so I’d like to believe!

Are you getting gritty with your kids? Or skeptical that grit is yet another parenting fad? Post a comment and let us know!

Victoria is the founder of Palo Alto Pulse, a website that shines a light on the people and ideas that make Palo Alto such a cool place to live. She is also a senior contributing writer for the Doris and Donald Fisher Fund in San Francisco, where she supports the work of KIPP charter schools and other innovative educational organizations. Victoria lives in Palo Alto with her two teenage daughters, her husband and, the grittiest member of her family, her dog Abby.

I currently offer parent coaching and  writing circles  via Zoom. In both you are invited to show up with the most important details of your life.  In both, my goal is that you leave with a broadened and refreshed perspective.