Your Surprising Role in Sibling Fights (& How to Change it) 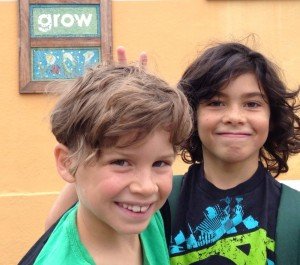 …you don’t stop teaching just because you don’t get involved during the moment of conflict.

Here’s Part Two of the 3 part Sibling Series: More Good, Less Ugly: Everything you Need to Know to Foster Healthy Sibling Relationships. In case you missed it, you can check out Part One here.

A month ago, after a parent education talk (ironically, NOT about sibling issues), parents came up to me afterwards wanting to ask specific what do I do when questions.

This night each parent had a sibling challenge that deeply distressed them — and they wanted advice on how to work them out — how to FIX them.

After each told me their story of fists, tears, tussles and injustices, I asked, sincerely, so you want this to stop because ________?

It sounds like a joke but I was serious.

Here’s a snippet of their answers (and my thoughts):

It’s important for you to get to the bottom of your frantic need to end sibling fights.

When you feel desperate, your children tune into your urgency and — baBOOM! — their fights gain greater importance and power.

No matter what age they are, you can see the wheels turning in their mind… “Hey, I’m onto something here — mom’s lost her mind over this bickering — it’s energizing to have her so plugged in so I’m going to persist and/or do it again soon.”

[tweetthis]Even if a child is scared, negative engagement with you is better than the alternative, no connection[/tweetthis]

Your children are wired to get your attention (think survival) and this sibling stuff is just the ticket.

So what if you don’t react when the fight breaks out, and instead acknowledge them by:

What’ll happen next? They’ll be flabbergasted that you haven’t jumped in to fix or solve.

Jane Nelsen says surprise leads to confusion. When a child is confused because she doesn’t get the reaction she’s used to, she’s ready to consider a new behavior.

After a recent sibling talk I got this email from a mom who’d bravely tried what I’d suggested, the very next morning:

I wanted to tell you my success story from this morning. I feel like one of the examples from the book (Siblings without Rivalry), I was so surprised at its effectiveness!

This morning my 5.5yo son Eden left his favorite transformer toys on the floor, and his 1.5yo sister Lulu ran to them and started playing. He saw that, ran over, and pushed her backwards so her head banged the floor (she’s had worse bumps, but it was still rough and it hurt her).

I calmly went over and said, “Do you two need some help? Lulu doesn’t know why you pushed her. Use your words to tell her. I know you two can work this out. I’m going in the kitchen now so you can work it out.”

I walked away as Lulu whimpered a few times, just sitting next to her brother, probably unsure why I hadn’t defended her better.

Only 5 to 10 seconds after I walked away, Eden said, “Hey Louie, do you want another one?! I’ll get you one!” and jumped up to get her the one transformer he wasn’t playing with. He gave it to her, she happily accepted, and she scooted away a few inches to play with it in her own space.

I COULDN’T BELIEVE IT! It was exactly like the book and you said it would happen! Even though it worked so well, I admit I felt a bit guilty about seemingly abandoning Louie to her big brother in a moment of distress. But I get that their relationship benefitted from his problem-solving so much more than if I had stepped in.

Based on the book, if we can be consistent with this kind of conflict resolution, soon both kids will not feel this as abandonment, but as empowerment instead.

This story beautifully illustrates that [tweetthis]you don’t stop teaching your kids just because you don’t get involved in the moment of conflict.[/tweetthis]

Rachel admits the guilt she felt in trying a new behavior — I think many of us don’t try new tools and responses, even though they may be more effective in the long run, because of the dreaded parent guilt – what’ll happen if it doesn’t work?.

There may be times when you want to step in — how do you do that without fixing?

Here are three Positive Discipline Tools to help in the moment with a dispute between young children:

So often when you plunge into a sibling fight, you think you know what’s going on.

This week, pretend you don’t and put the kids in the same boat.

Do your best to stay out of their business (or consult from the sidelines), and see what happens.

If you’re not already on the list, sign up to receive Part 3 of the Sibling Series: From Squabbles to Sharing: Proven Strategies to Improve Sibling Relationships by email.